Skip to main content
﻿
Location: Home >For Voters >How an Election Works

On election day, you go to the assigned polling station for your polling division and cast your vote for the candidate of your choice running in your electoral district. 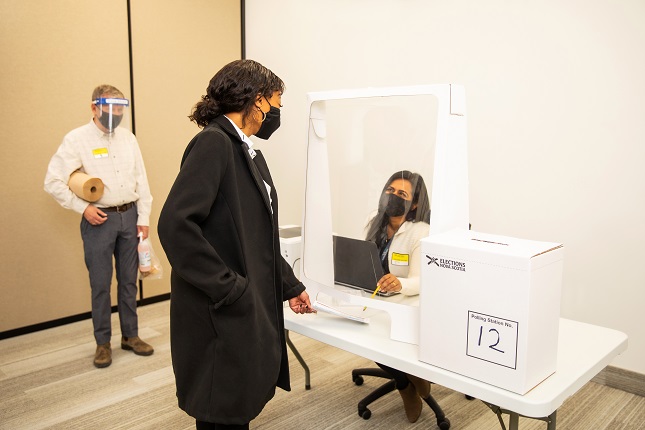 In a provincial general election, you have the opportunity to vote for the registered party or person you want to represent you in the House of Assembly. The leader of the winning party becomes the premier of the province. All elected persons are known as Members of the Legislative Assembly, or MLAs. Nova Scotia is divided into 55 electoral districts. In each of the electoral districts, there is a corresponding seat in our Legislative Assembly (also called our House of Assembly). These districts are further divided into polling divisions. Each polling division usually includes 250-450 voters.